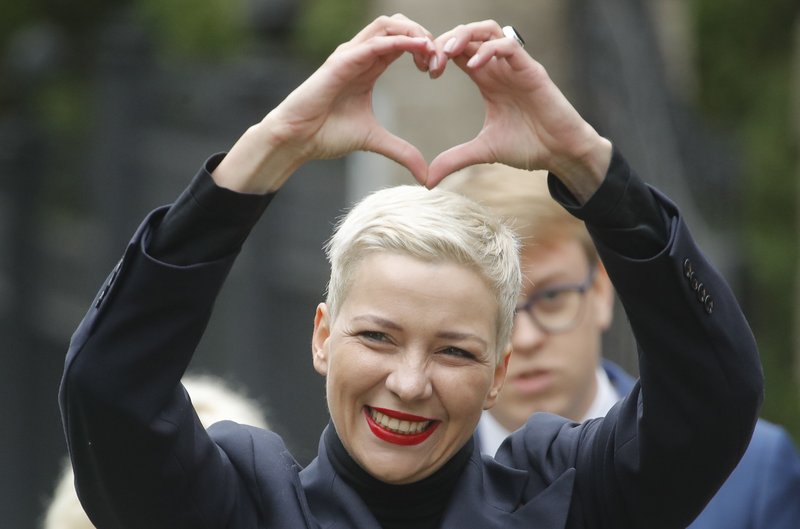 Events surrounding the abduction of Maria Kalesnikava, one of the leading oppostion figures remaining in Belarus, by unknown masked men are becoming clearer. The regime attempted to expel her from Belarus, along with two other Coordination Council members Ivan Kravtsov and Anton Rodnenkov. Driven to the Belarus Ukraine border Ivan and Anton we’re forced to cross into Ukraine, however Maria managed to tear up her passport, shouting that she wont go anywhere then open the car door and walked back to the Belarusian border. Ivan and Anton confirmed Maria was” in great shape, full of energy and spirits as always”. Maria was then held by Belarusian Border Guards. Belarusian Authorities have confirmed Maria is still in custody and has been charged with an attempted coup and seizure of power, which could result in a sentence of between 8 and 25 years. Maria has confirmed she was threatened by security officers that she would be taken out the country “alive or in bits”. This is happening in Europe in 2020, Lukashenko and his thugs appear to be stuck in a 1930’s time slip! Her house and office have also now been raided and searched by the Belarusian security services.

Maria has consistantly displayed such amazing courage, remaining in Belarus despite knowing the risks to her safey. I cannot convey in words the admiration I have for Maria and for all Belarusian women who have been at the forefront of the protests, their bravery is truly inspiring. Please tweet using #FreeMariaKalesnikava to raise awareness of the abuse and threats Maria has endured and plight she now faces. We cannot allow Lukashenka and Putin to silence the voice of opposition in Belarus through intimidation and violence. The Belarusian people have and continue to demonstrate day after day their desire for the removal of Lukashenko and take the path of freedom and democracy.

The people of Belarus desperately need any and all support we can provide, please sign the following petition started by Nicholas James to demonstrate our solidarity with the Students of Belarus, who are being brutely arrested, tried and imprisoned.

The Government of Belarus: Letter of Solidarity to Belarusian Students – Sign the Petition! chng.it/S8RW8bd7 via @UKChange

The return of Little Green Men 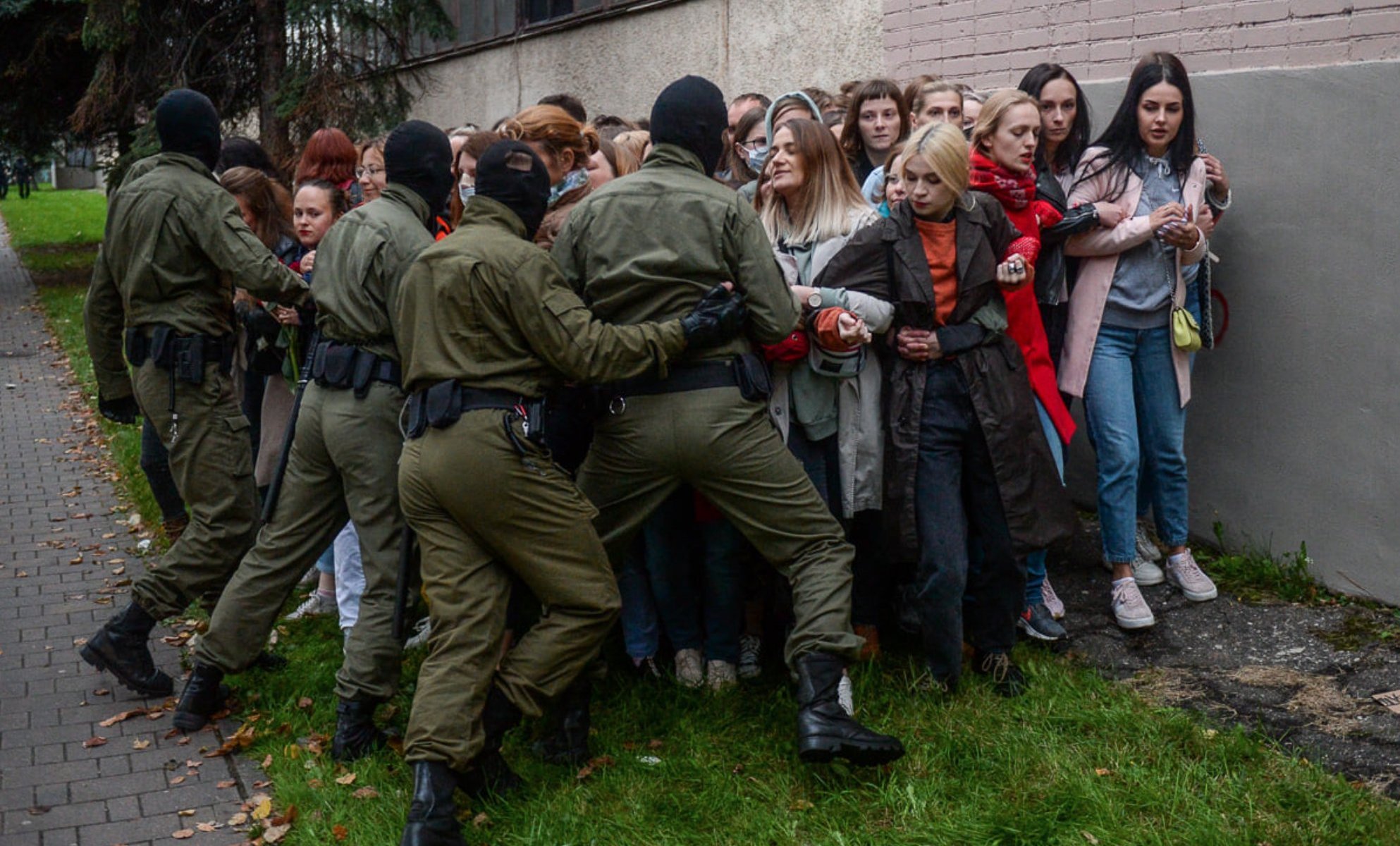 We remember the Little Green Men” (with no insignia to identify what unit or country they are from) from the invasion of Ukraine and illegal annexation of Crimea by Russia in 2014, but looks they have returned, now in Belarus. Are they Russian? Not confirmed, but there is apparent confirmation of at least one Titushky thug in plain clothes being from St. Petersburg. Putin has confirmed he has mobilised a reserve of security services to be deployed in Belarus if he beleives the sitatuion demands it. Maybe they have already arrvied? Evidence is clear that the tactics have changed and these green so called men are now attacking and arresting woman, a siginifcant ecsalation and provacation. It only adds to the suspicion that they are not Belarusian OMON. Regardless of where these Titushky are from its clear Lukashenko and Putin are attempting to provacate the so far peaceful protesters. So far this escalation in violence and repression is not working and is only further solidifying the unity of the Belarusian people against Lukashenko. Stay strong Belarus and take care!

The Rule of Law

The U.K. was considered to be a stable democracy, a reliable partner on the world stage, today this ended when Brandon Lewis, the Secretary of State for Northern Ireland, announced to parliament, in the House of Commons, that the so called Government of the not so United Kingdom intended to break international law ‘in very specific and limited way’ in Brandon Lewis’s weasel words. Doesn’t matter which way they spin this, it’s still an unlawful act, that directly assaults the rule of law and undermines the world order.

The U.K. is now a pariah state, no longer trusted, alienating its closest allies and trading partners. It’s diplomatic standing eviscerated, the regimes actions now aid the enemy’s of democracy, freedom and peace. It appears the U.K. has now entered the end game, reduced to 3rd rate failed state, no longer respected, a laughing stock, a drift in sea of corruption, ideological extremism, populism and nationalism. The words of Aleksandr Yakovenko former Russian Ambassador to U.K. now resonate “We have crushed the British to the ground, they are on their knees and they will not rise for a very long time.”.

Amazing picture from todays protests in Belarus! The power of peaceful protest is being demonstrated day after day to the world. Putin and the rest of his cabal of fellow dictors are hopefully rightfully shitting their beds watching this! Solidarity Belarus #StandWithBelarus 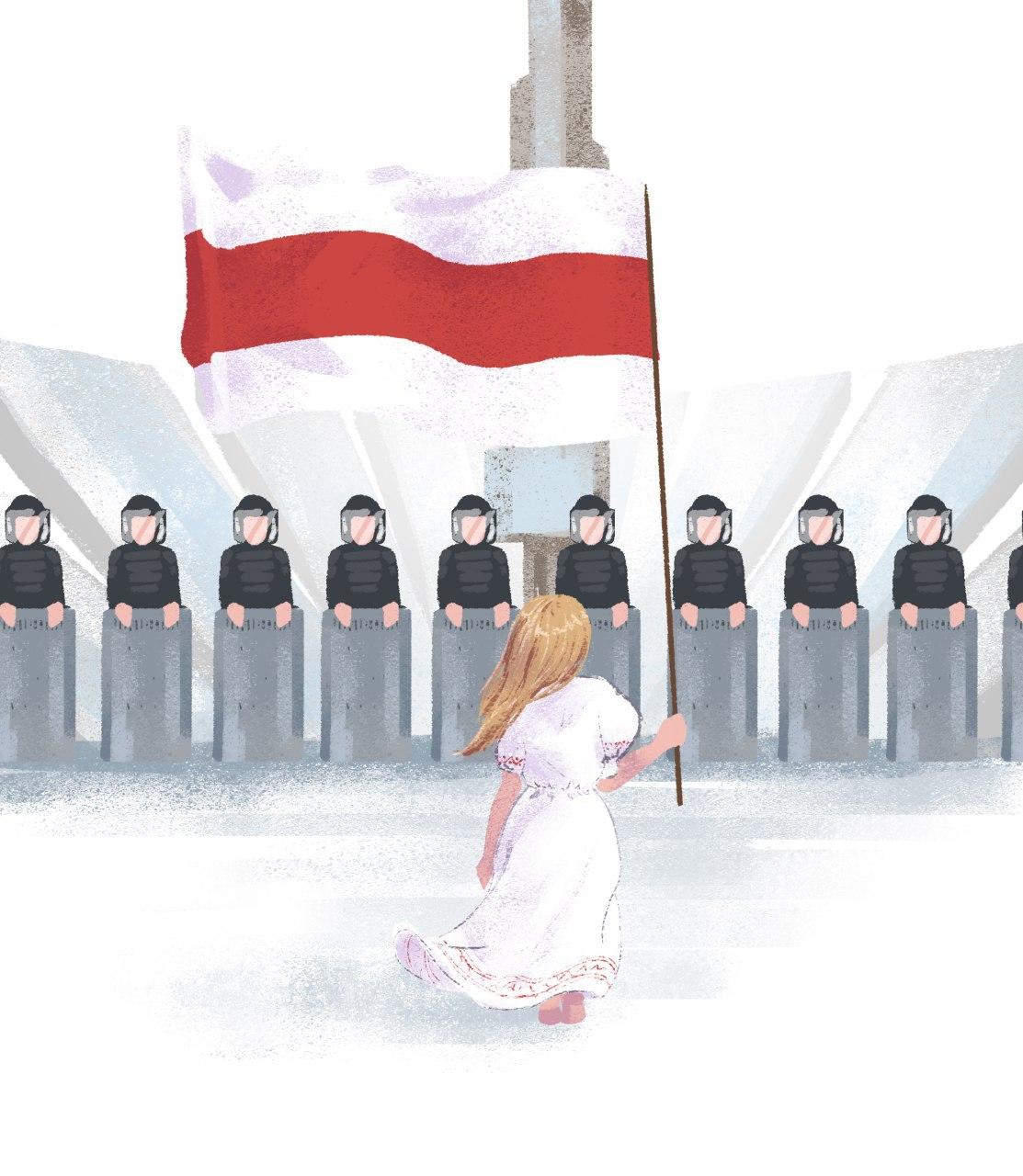 An excellent article on Vox.com from 2018 discussing Fascism, Truth and Trump. Yale Professor Jason Stanley provides his thoughts on what Fascism is and how it functions in the modern world. Obviosuly events have moved on significantly since 2018 and we can now see how the usage of Fascist techniques by politcians and governments has enabled a creep to Fascism and a sustained attack on freedom and democracy.

On the morning of 24th June 2016 my world was turned upside down, the UK had voted to leave the EU! I couldn’t believe the British public had been duped into this. What did this mean for my family, my Polish partner and step son? And then the overwhelming sense of guilt hit me as I hadn’t even made the effort to vote myself. I’d failed to enact my democratic right, through apathy, a belief that as a nation we collectively had the sense to see through the lies, the threat this posed to our freedom & democracy and understand that only malevolent parties would benefit.

But this was my awakening, the anger, the fear and drive to act, the determination and hope to fight for a better future. I became politically active, a party activist, ran a party twitter account, campaigned, joined protests, all things I had never done before, far outside my comfort zone, but I had to do something, I had to try and make a difference. I got to know some great people, some truly inspiring and a few politicians who I genuinely admired, who put their principles, integrity and country before party loyalty and career. Even though this endeavour eventually failed, it provided me invaluable experience and instilled me with the belief that change was possible, that people ordinary people could make a difference with the appropriate motivation and if mobilised effectively.

My Grandfather served in the RAF during WWII as an engineer on Wellington bombers. The stories he told me of his experiences sparked my interest in history and world events at a young age. I watched the news regularly and have so many pivotal events etched in my memory. The Solidarity movement in Poland and fall of the communist regime. The end of the civil war in Lebanon that consumed such a beautiful country and people. The fall of the Berlin Wall, the fall of communism across central and eastern Europe. The dissolution of the Soviet Union and Ukraine, Belarus and Georgia finally gaining their independence. Then such awful events, like the Yugoslav wars, the return of ethnic cleansing and concentration camps in Europe. All this has shaped my lens on the world, my love of those that have the courage to resist, to fight for their freedom and democracy. My absolute intolerance of authoritarian regimes, dictators, fascists, populists and injustice.

Now we see the world at a tipping point again with the resurgence of the far right, Putin’s Russia seeking to restore its former empire, Putin waging his hybrid war on the free world and propping up authoritarian regimes, once strong democracies succumbing to Russian interference, to xenophobia, corruption, nationalism, populism and fascism. This represents a clear and present danger to the survival of freedom and democracy. Our governments, politicians, democratic institutions, security services are either to weak to counter this assault or already compromised. Thus we can only rely upon ourselves to resist, only the people who can unite in common cause to defend our collective democracy. Thus I’m doing what I can to reach out across borders in solidarity, to unite in resistance, to help spread awareness and to shine a light on those dark forces waging a war on democracy.

Today we are all Ukrainian

Hello and welcome to the Glasnost Gone blog. It's wholeheartedly devoted to reporting on Russia's invasion of Ukraine.

A daily selection of the best content published on WordPress, collected for you by humans who love to read.

The latest news on WordPress.com and the WordPress community.